Continuing on with Medieval Queens…

She is a very complicated woman to study. I can’t quite tell if she was the power-hungry, relentless witch some describe her as – or – she was a strong woman who did the best with the hand she was dealt. Hmmmm. Leaning towards the latter.

She played a major role in the War of the Roses as the leader of the Lancastrian forces. Henry VI was mentally unstable, so Margaret took over control. She led her followers into a battle that they would eventually lose to the Yorkists, in an effort to assure her son Prince Edward would inherit the thrown. Edward of Lancaster would not get the chance, as he died in the Battle of Tewkesbury, making him the only heir apparent to the English throne to die in battle.

After losing the war and her son and her husband, Margaret was arrested. Louis of France eventually paid for her release in exchange for all of her lands. She died in complete poverty in Anjou, but not without leaving her mark on history. Evidence shows that she was highly intelligent, strategic, and knew how to play the political (bullshit) games. Bravo Margaret. Bravo.

“[Margaret] arrived there poor and alone, destitute of goods and all desolate; [she] had neither credence, nor money, nor goods, nor jewels to pledge. . . . Her body was clad in one single robe, with no change of clothing.”

— Georges Chastellain, describing Margaret’s arrival as a refugee at Sluys in 1463.
From  The Wars of the Roses by J. R. Lander 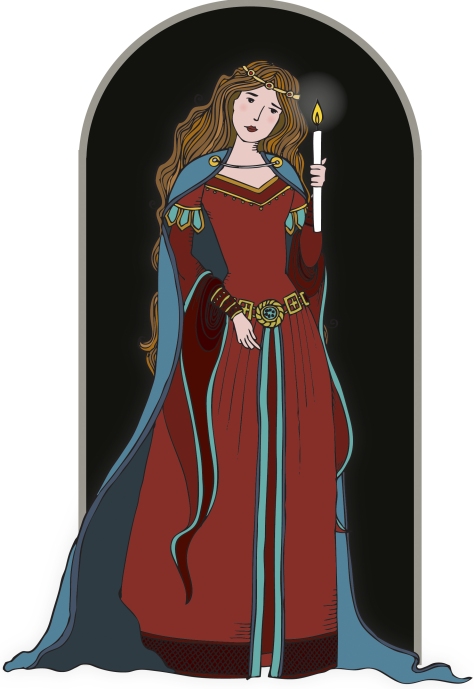 Eleanor, Duches of Gloucester (1400 – 1452.) A convicted sorceress, imprisoned for treasonable necromancy in 1441. Sounds sinister- but the definition is:

a claimed form of magic involving communication with the deceased – either by summoning theirspirit as an apparition or raising them bodily – for the purpose of divination, imparting the means to foretell future events or discover hidden knowledge. The term may sometimes be used in a more general sense to refer to black magic or witchcraft.

Eleanor consulted astrologists to predict the future in hopes that Henry VI would die and her husband, Humphrey Duke of Gloucester, may take the throne. When the King discovered her so-called predictions, her and her astrologers were immediately arrested. Thomas Southwell died in the Tower of London (I’d prefer the guillotine to the tower) and Roger Bolingbroke as hanged, drawn and quartered for his part in the conspiracy. Also involved- Margery Jourdemayne “the Witch of Eye”. Eleanor claimed to have sought potions from the witch for fertility, but the court disagreed and had Margery burnt at the stake for her role.

Eleanor was forced to do public penance in London, divorce her husband and was condemned to life in prison. She began her sentence in Chester Castle, then moved to Kenilworth Castle, shipped over to the Isle of Man and finally died while imprisoned in Beaumaris Castle.

Edwin Austin Abbey did an amazing painting entitled “The Penance of Eleanor, Duchess of Gloucester.” You can view this painting here: http://tinyurl.com/dyqeobw