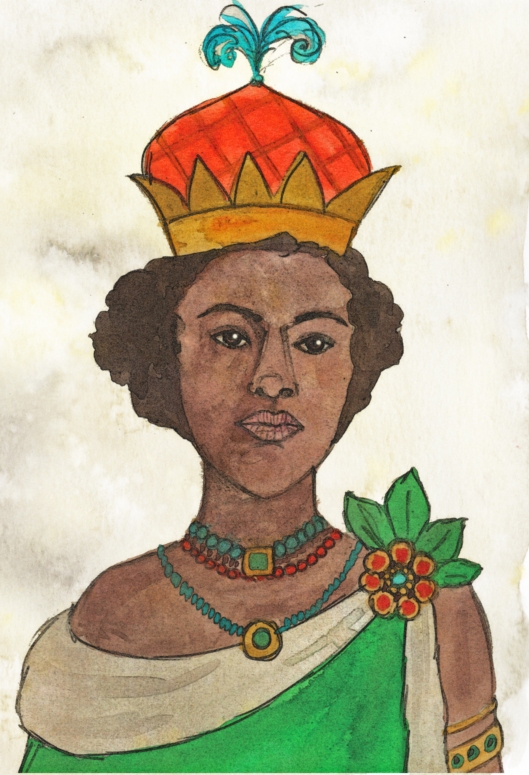 Her father, King Kiluanji, favored Nzinga and let her watch him lead his kingdom from an early age. At this time, the Portuguese were running slave trades through the Congo and South West Africa and throughout Angola, colonizing villages as they went.

As she grew older, Nzinga was always by her brother’s side during the political turmoil. After his suicide, she assumed control of her people and managed to regain control of the Portuguese fortress of Ambaca.

She established peace,  offered sanctuary for runaway slaves and Portuguese-trained African soldiers, and secured independence for her Kingdom.

But no woman makes this much progress without the rumor mill churning out some rubbish. Some of these rumors suggest that she: killed her brother and then ate his heart, decapitated slaves and drank their blood, had a 60-man harem (GREAT idea,who wouldn’t?), and dressed her soldiers like women (well- were they bad boys?).

There is a more in-depth article on this fascinating woman here: http://biography.yourdictionary.com/anna-nzinga